The Ohnmacht lab aims to better understand basic immunological concepts at barrier organs such as the gut and the lung. At these mucosal sites, our immune system is constantly exposed to our immediate environment, including allergens, microbes and food-derived antigens. Dealing with such an enormous complexity is a challenging task for both the innate and adaptive immune system: On the one hand immune defense needs to be maintained upon encounter of pathogens; on the other hand, an enormous amount of tolerogenic antigens requires constant education of immunological tolerance mechanisms. When this immune education fails, several diseases associated with imbalanced immune tolerance can develop including inflammatory bowel disease, food allergy or asthma. The Ohnmacht lab applies state-of-the art techniques as well as in vitro and in vivo model systems to study several key cell types directly present within mucosal tissues at the cellular and molecular level.

In this ERC-funded project, we aim to elucidate the role and function of a newly discovered regulatory T cell subset present in the lamina propria of the gastrointestinal tract. This Foxp3-expressing T cell population co-expresses the transcription factor ROR gamma t (Rorc) and is induced upon microbial colonization early in life. Microbial colonization counteracts an intrinsic type 2 immune bias within the intestinal lamina propria and may thereby help to prevent sensitization and subsequent development of allergic reactions. Through the use of gnotobiotic murine models, we aim to identify microbial signatures and metabolites particularly suitable for the induction of this important cell population. On the host side, we aim to understand the cellular and molecular pathways guiding the induction and identity of this regulatory T cell population by studying T cell intrinsic molecular programs. Additionally, we are interested in which molecular switches govern the induction and maintenance of this regulatory T cell subset in dendritic cells – the main accessory cell type required for sampling, processing and presentation of foreign peptides to T cells. Finally, we study how local stromal cells may help to provide a highly tolerogenic environment for the establishment of immune tolerance within the gastrointestinal tract (see below).

Tissue-resident stromal cells are increasingly known to contribute to various aspects of immunity. For instance, lymph node stromal cells have been shown to partially allow tolerogenic imprinting of dendritic cells and subsequent induction of immune tolerance. Much less is known about stromal cells present inside the lamina propria of the gastrointestinal tract.

The role of the microbiome on viral infections

In recent years, an increasing number of functions has been attributed to immune modulation through the gastrointestinal microbiome, including reactivity and efficacy of vaccination. In collaboration with the group of Prof. Zehn (within CRC1371), we aim to understand how the intestinal microbiome is able to modify systemic viral infections. For this purpose, we use the LCMV system and gnotobiotic mouse models to investigate the contribution of the microbiome to acute and chronic viral infection.

The role of the aryl hydrocarbon receptor

The incidence of allergic airway inflammation and asthma has been constantly raising in recent decades. One explanation for this observation may be environmental pollution. The aryl hydrocarbon receptor (AhR) is a well-known environmental sensor and ligand-dependent transcription factor that is activated upon binding of small organic compounds, including some pollutants. Together with the groups of PD Esser-von-Bieren and Prof. Alessandrini, we investigate the endogenous role of the AhR and some of its downstream target enzymes to regulate immune responses upon exposure to typical aeroallergens. Interestingly, the AhR fulfils a protective role within the respiratory tract independent ofs exogenous ligands. We know aim to reveal the molecular mechanisms of the AhR and focus our research on myeloid cells and airway epithelial cells.

The role of the arylhydrocarbon receptor on allergic airway inflammation

This work is funded and part of the priority program of the DFG FOR2599 ‘Tissue type 2 immunity: Mechanisms of induction and regulation’ in collaboration with Julia Esser-von Bieren. For more information of this program, please visit https://www.for2599.de. 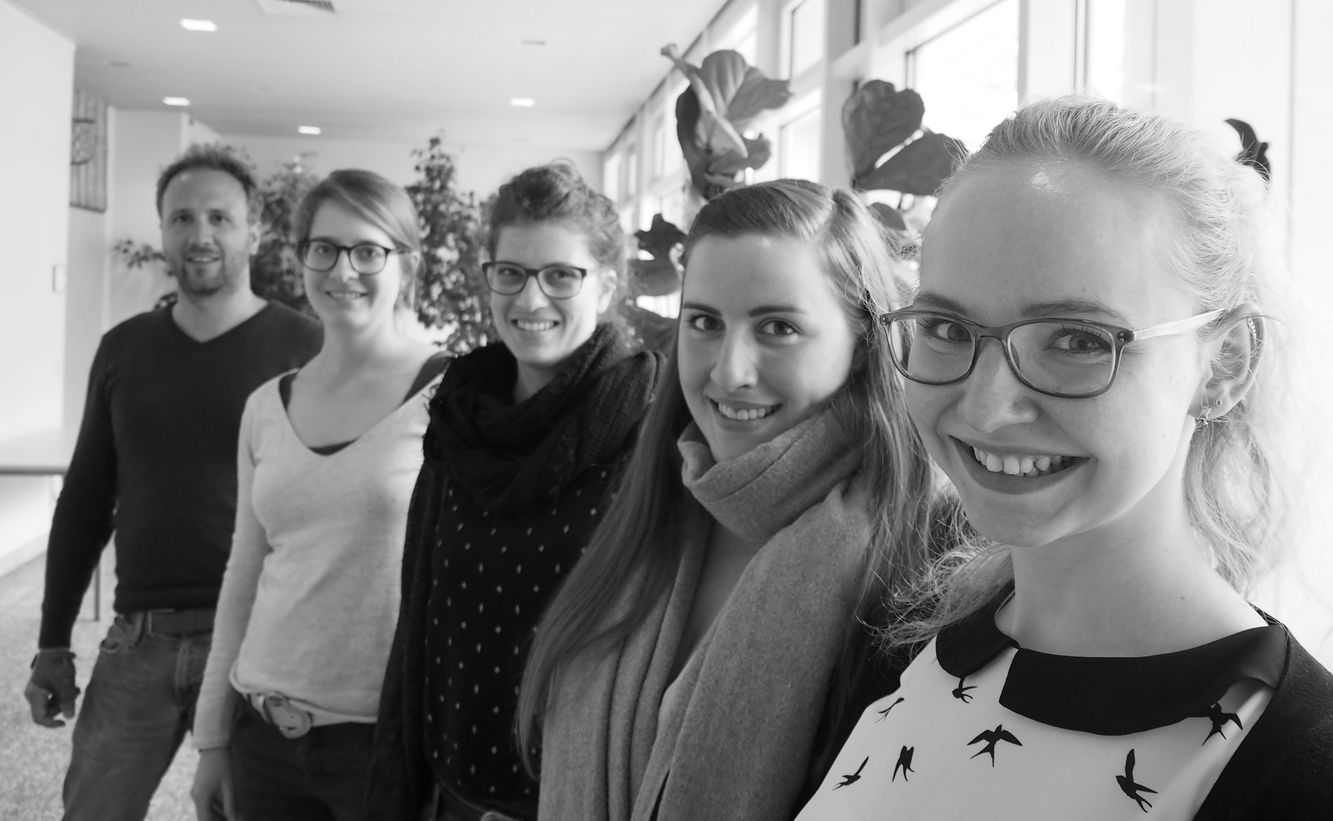